With the persistent rising ocean temperatures causing coral bleaching and loss of marine and mammal breeding ground, the cool deep waters of Africa, from Kenya to Tanzania shield marine life from the rising water temperature.

A basin that runs about 150 miles along the water of Kenya and Tanzania is a newly discovered marine refuge. This basin was formed by Mount Kilimanjaro thousands of years ago acts as a marine sanctuary for small and big marine species.

The increasing water temperature due to climate change can lead to physiological changes and could have long-term effects on the survival of marine life. 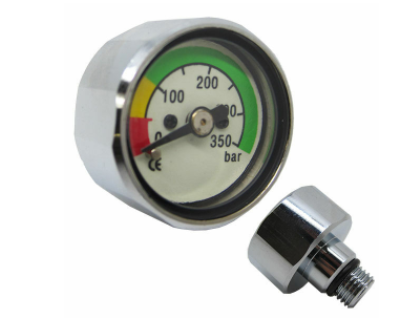 Dr. Tim McClanahan, the lead scientist for the Wildlife Conservation Society has set up temperature gauges along the basin to confirm that the basin is not impacted by the ocean heatwaves.

Strapped on a dive tank, Dr. McClanahan made observations in the basin as ocean warming even happens.

Studies show that inside the basin of about 400 square kilometers, the corals retain their colors while corals around that basin were bleached and dying.

The marine life in the area is thriving like dolphins, rare dugongs, and other fish species believed to be instinct.

Dr. Tim McClanahan described the phenomenon as running hot water into a cold bathtub and that if the water is cold; it takes a while for the water to warm up.

While the Wildlife Conservation Society team is well aware that this newfound marine sanctuary is still not totally safe from threats, protecting the 150 mile area is crucial where marine species can take retreat from the hazards of climate change.

Researchers are hoping that coastal development, dynamite fishing, and other unsustainable fishing practices that destroy the corals and food chain will be stopped to reduce the ecosystem stress and protect the basin.

Dr. McClanahan stressed that if the basin is well protected “this key transboundary marine ecosystem will remain a jewel of biodiversity for the entire East African coast."

3 Animals That Should Aptly be Called Superheroes of the Ocean

We hate to break it to you but Aquaman’s not the real superhero of the ocean. A lot of aquatic species have been playing huge roles in not only protecting their homes but also in keeping the ocean ecosystems healthy, which benefits all of humankind.Let’s get to know three of these real-life superheroes of the ocean:Dusky batfishAlso known as [...]

Women of the Wave: The Three Surfing Greats of the Blomfield Family

In Hawaii, surfing is a part of life and that holds true to the three women in the Blomfield family, Lyne, Honolua and Kula. Their love for surfing didn’t only bring them together, but it also brought pride to the island they call home.Born in Oahu but raised on the island of Maui, the mother Lyne grew up an [...]

Canada may not be the first destination that comes to mind when you plan where to surf next. But did you know that if you are in Canada, you do not have to travel to Hawaii, Australia, California, or Indonesia to get the best waves?Yes, Canada has the strongest tidal current and the largest coastline in the world with [...]

Yvon Chouinard: Riding the Waves of Success as a Surfer and Entrepreneur

At 83, it’s easy to say that Yvon Chouinard has lived a full life. But this self-made entrepreneur, surfer and rock climber isn’t done conquering new records, whether it’s on the sea or in his business.Who is Yvon Chouinard?The founder of one of the most successful outdoor wear companies in the world named Patagonia, Chouinard was never one to stick [...]

The COVID19 virus has affected the world including the scuba diving industry. But since the vaccine rollout, lockdowns have been lifted and restrictions have been loosened. Some countries have opened up their doors to tourists including the Bahamas.If you have been itching for your next dive trip, the Bahamas is the perfect destination. It is accessible from the United States. [...]

Rounding Up Our Top Five Products for February 2022

If you love the outdoors, especially diving, you know that February is the perfect time to stock up on diving gear and accessories to get ready for the summer months ahead when it’s perfect to go out on the water.Whether you’re a beginner or a pro, here are our top five choices for diving gear this February: Palantic diving donut [...]

Sun and Sand: Five Desert Dives You Must Try At Least Once in Your Life

When you think about diving, you don’t exactly think about the desert. But there are actually places around the world that offer you both the sun and sand for a uniquely exciting diving experience. Here’s five of our top picks:Atlantis, The PalmOne can only marvel at the sight of this manmade island in the shape of a palm tree in [...]

​Found A Beached Whale Or Dolphin? Here Are Things You Shouldn’t Do

Have you ever encountered a situation that involves a dolphin or whale on the beach? Finding such mammals on the beach can be overwhelming which can lead you to wonder exactly what you are going to do when that happens.With that said, finding dolphins or whales on the beach is not a normal phenomenon. As a matter of fact, they don’t [...]

​The Top Dive Computers to Give the Diving Enthusiasts This New Year of 2022!

As you begin to feel the holiday rush, you’re also probably scrambling to find the best gifts for the people on your list this year.Now, if you have a person or two on that list who loves diving, here are five amazing dive computers that you might want to consider buying for your holiday shopping this year: Suunto EON Core [...]